Update 1/11/2018: Petition victory! Brooke’s rapist is permanently expelled and can no longer appeal! From Brooke:

“Thank you all so much for your support and your comments that helped me get through this. Your signatures made a difference. This fight is far from over, but it was good to finally see some justice served here at ASU after 9 months of fighting. No one should have to go through this, and I will continue to fight.”

Thank you to all who signed the petition!

Expulsion is “too severe” a punishment for a man found responsible for sexual assault, according to officials at Arizona State University. The panel that investigates sexual misconduct at ASU wrote that a male student had sex with a female senior when she was too drunk to consent. But because he is a “significant member of the ASU community,” he shouldn’t lose his place at the school.

The student, who we are calling James because he is the subject of an ongoing police investigation, is described in the university hearing board as carrying “a 3.9 grade point average and is considered an essential member of one of ASU’s research teams.” They added that he has no previous code of conduct violations.

This is how ASU is justifying their decision not to expel James from campus, despite finding him responsible for sexual assault. Instead, the board recommends a two-year suspension and a course on sexual misconduct awareness.

Brooke Lewis, the senior who James sexually assaulted, told babe about the moment she heard from ASU about their decision. 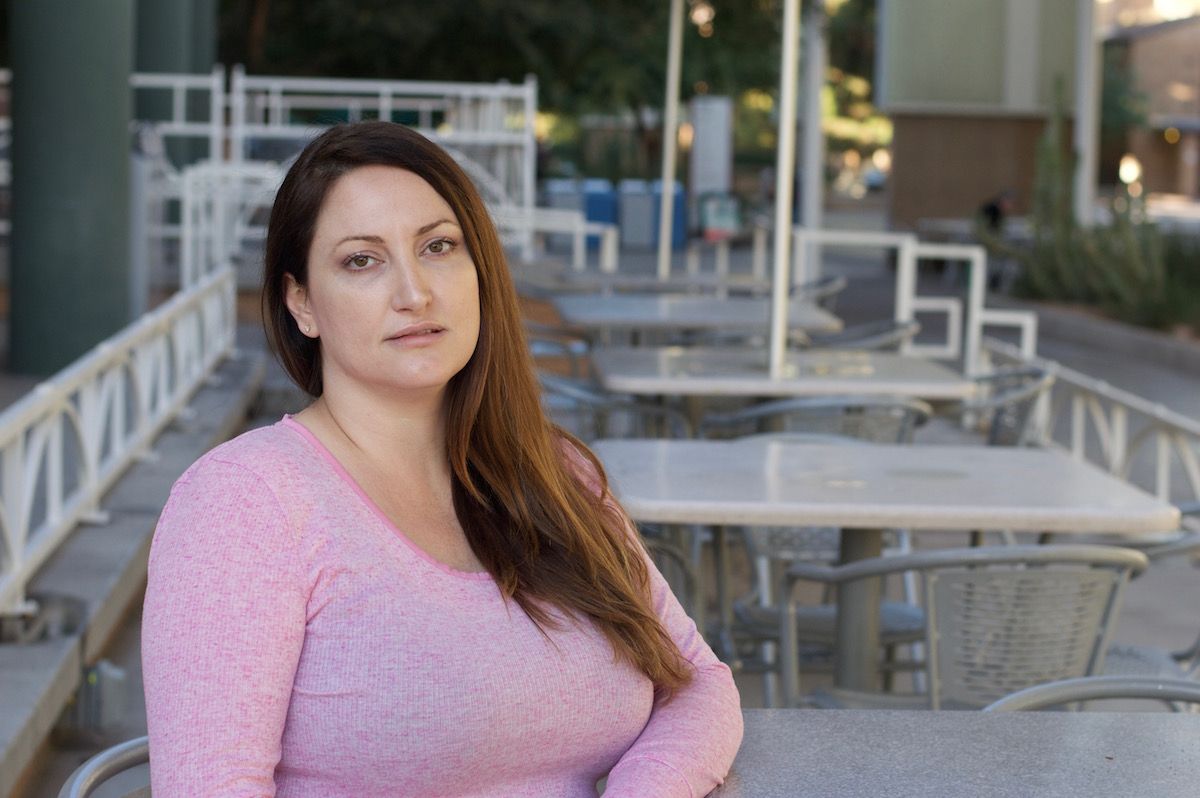 “My head exploded,” Brooke she said. “I had a complete and total panic attack. ASU is screwing me over. If someone has a 3.9 GPA, are they allowed to rape someone? It makes no sense.”

Brooke’s story began on a night out at a bar popular with ASU students called The Vine. She was celebrating the offer of a new job on the night of March 31. Brooke would later tell the university board that she stayed drinking in The Vine for more than seven hours, downing four beers, two shots of Jägermeister and two shots of Everclear – a liquor that can be 95 percent pure alcohol, and is illegal in more than a dozen states.

This was the “most she had to drink in her life,” and by the end of the night, she was “almost black out drunk,” Brooke said.

The university board heard how she met James in The Vine at around 11 p.m. He bought one round of drinks, and she bought three more. After an hour and a half of conversation, James accompanied Brooke back to her apartment at approximately 12:30 a.m. James did not dispute that “she was heavily intoxicated,” and even said that she took a “drunken stumble” at one point in the evening. 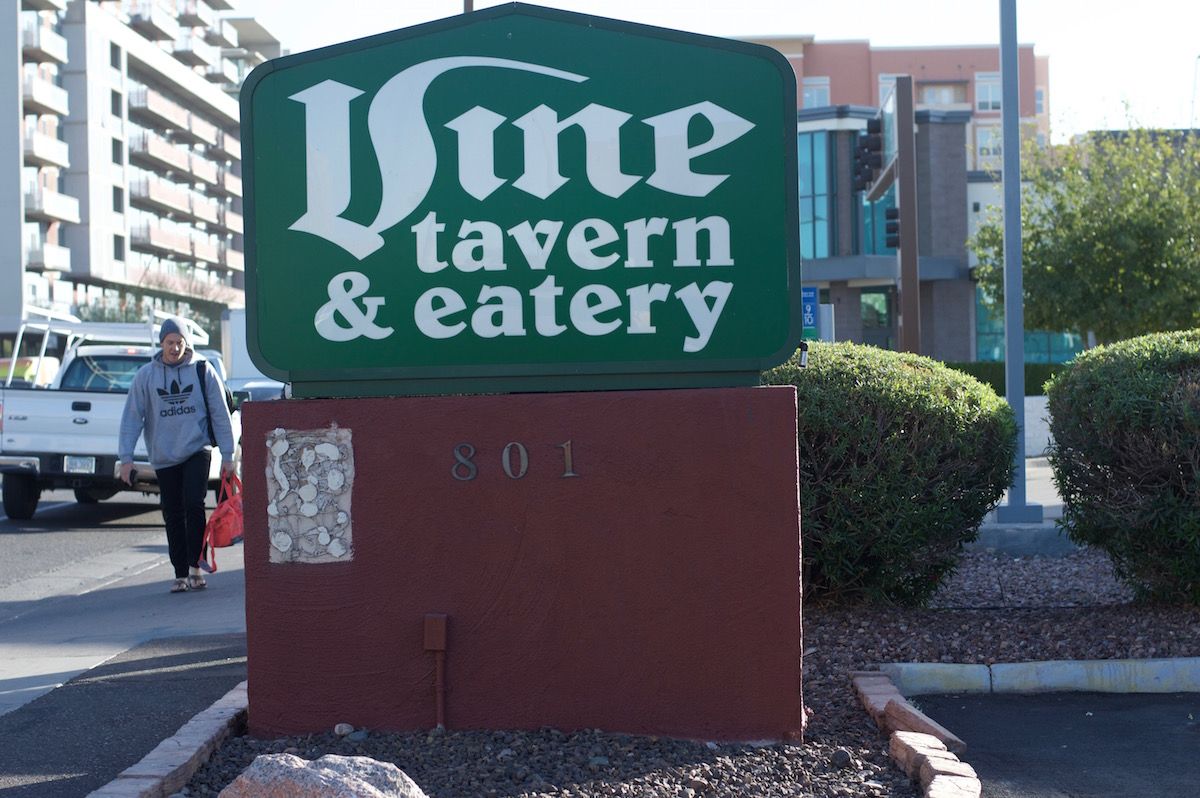 There, the report says Brooke continued drinking and took a hit from a vape. Both went into her room, where the university board ruled the sexual assault took place.

“[James] brought her down to the floor by shoving her against a wall and placed his fingers around her neck,” reads Brooke’s account to ASU. “He ripped off her clothing and then had sexual intercourse. After attempting to fight back, she passed out. She states that when she awoke, [James] was on top of her and having sexual intercourse a second time. She once more fought back. She goes on to relate that after she pulled out clips of his hair, [James] again subdued her and had sex a third time. During the physical altercation, [Brooke] incurred bruises to her head, arms, and back.”

James said he attempted sexual intercourse with Brooke but stopped when she said “no.” It was after this, the report says, that Brooke rose from the bed, then fell over drunk and hit the wall and fell to the floor. James claimed that “after the fall, [Brooke] asked him to resume sexual activity.”

James fled Brooke’s apartment at 2 a.m., at which point she called 911. ASU PD confirmed to babe today that an active investigation into her case is underway and would not comment further.

Brooke also alerted ASU’s Title IX team, who began investigating her case. They found James responsible for sexual misconduct – but not causing physical harm – at a hearing in August, declaring that he should be expelled.

James appealed and on November 20, the university board ruled that expulsion was “too severe” a punishment. Citing his high GPA and his position as an engineering student, they said he should merely be suspended and made to complete a sexual misconduct course.

When we contacted James for comment, he told us that ASU had a “relatively low standard of evidence” required to find him responsible.

He denied that Brooke was “a victim” and claimed she was making “unsubstantiated allegations” during the Title IX process.

In a lengthy statement, he described how he considered himself a supporter of women’s rights. “I am an advocate of gender equality, including equal opportunity, equal pay for equal work and access to essential, basic healthcare for women,” he said. “However, as has historically been the case for previously under-represented groups, there is an over-compensation where the pendulum swings too far in the opposite direction and creates another injustice. This does not create gender equality, but rather allows a person to make heinous, unsubstantiated claims without consequence.”

James even went as far to suggest that his punishment is prohibiting him from helping to solve world hunger.

He said his suspension “greatly impairs my ability to contribute to my research team in sustainable engineering, where we are attempting to invent and implement ways of ensuring we can feed a population of soon to be ten billion on a rapidly degrading planet.”

“As such, these heinous, cringe-worthy accusations are not without consequence, and constitute their own form of injustice,” he added.

These revelations come as ASU, in a much publicized event, decided to revoke a journalism prize granted to Charlie Rose, the disgraced CBS broadcaster recently exposed for sexual assault and harassment.

The dean of ASU’s journalism school explained they pulled Rose’s award to send a message: “What Mr. Rose did is unacceptable, and that such behavior – far too common in not just media companies but many organizations – must stop.”

“The actions victimized young women much like those who make up the overwhelming majority of Cronkite students – young women who deserve to enter workplaces that reward them for their hard work, intelligence and creativity and where they do not have to fear for their safety or dignity,” he added.

When we contacted ASU about Brooke’s case, a spokesperson told babe the university hearing board had issued their recommendation to Senior Vice President James Rund.

“Following a review of that recommendation, the SVP will render a written decision which affirms, denies, or accepts with modifications the Hearing Board’s recommendation,” they said. “The SVP has not issued a final decision. Thus, ASU will not comment on this pending matter.”

The Senior Vice President has 20 business days to release the outcome.